A Fresh Horizon for Greatness

Every once in a while a speech is so effective and powerful it changes the trajectory of history. President Trump’s 2019 State of the Union address was that kind of speech.

If you have not seen it, you should watch it now! Reading it will only convey 10 percent of its power. It was the interaction of the president with the members of Congress and the audience in the galleries that was so compelling.

The emotions of Tuesday night matched anything President Reagan achieved in his addresses to Congress. From the early mentions of people in the gallery – which were guaranteed to get even the Democrats to stand and applaud – to spontaneously singing “Happy Birthday” to a Holocaust and 2018 synagogue shooting survivor to chanting “USA! USA!,” the total performance and interaction with the members of Congress was vastly more powerful than the words on paper.

The SOTU Delivery was Presidential

The president interacted with the Democrats in a positive and cheerful way, which bodes well for bipartisan legislative initiatives for the rest of this year. By one count, the president was interrupted 98 times with applause. Both the left-wing Democrats and the never Trump Republicans found themselves standing and applauding again and again.

Speaker Pelosi at times could not help herself. She would conspicuously pick up the speech text and read it to find out how much longer she had to remain disciplined and pretend to be a good hostess (the president is the guest of the House). When even her most radical new members began standing and applauding, she must have experienced a bit of despair.

Female lawmakers cheer Trump at State of the Union

CBS found widespread approval for Trump’s State of the Union

The 97 percent approval among Republicans, when combined with the 90-10 Trump over Kasich numbers from a recent Emerson College poll of Iowa voters, should end all serious talk of someone challenging him for the Republican nomination in 2020. He may have been an outsider in 2016, but today President Trump is the Republican Party (a fact which makes his relationship with some senators a little difficult).

“America will never be a Socialist country”

A Tremendous Call to Unite the Country 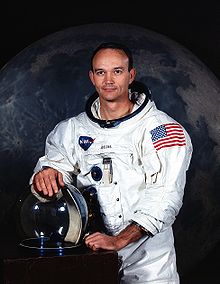 A special shout-out to NASA astronaut Michael Collins as he commemorated the 50th anniversary of the Apollo 11 moon landing.

This speech was designed to move toward unity and bipartisanship – and 56 percent of the viewers thought it will “do more to unite the country”.

Beyond tone, the CBS poll had very good news for President Trump on his issue positions.

On immigration, speech watchers agreed with Trump by 72 percent to 28 percent.

On American troops and the Middle East strategy, speech watchers were with Trump by 74 percent to 26 percent.

An amazing 71 percent of the speech-watchers agreed with the president that there was a crisis on the southern border.

When the president explained the upcoming second meeting with Kim Jong Un, 78 percent of the watchers thought it was a good idea. Even 43 percent of the Democrats liked the idea of the meeting.

Now, we will see if the president and the Congress can build on that new trajectory of choosing greatness, focusing on the nation, and finding ways to compromise for the betterment of our country and all Americans.

Visit our political blogs. Membership or 1-Time Donation is always appreciated. Thank you!