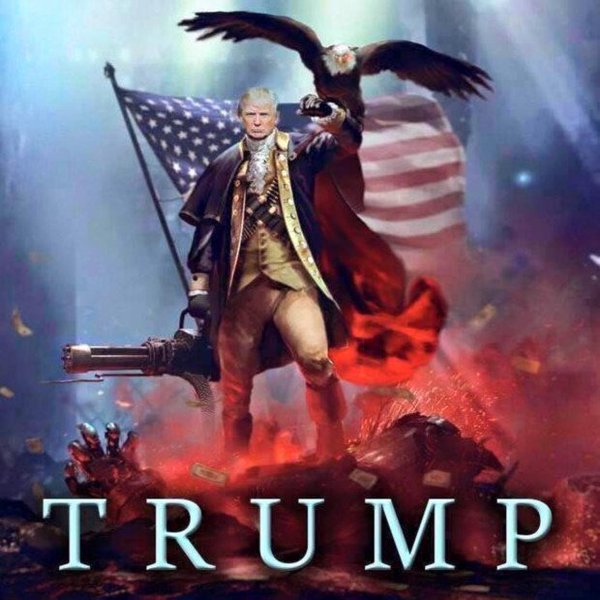 We are the Deplorables!

A Trumpster is a YUUGE and WILDLY passionate advocate of President Donald J. Trump, his family, and friends. We are proud and very happy Deplorables!

Who is a Trumpster?

A Trumpster is a populist that wants to restore political power to the people in a sensible way. We truly want to see a beautiful new world but not according to the deeply entrenched global establishment losing its grip on the decaying world order.

Trumpsters consists of approximately 60.5 million votes, a marginal loss in the popular vote to Hillary Clinton - half the country.

The Electoral College gets to pick the president and, by the grace of God, Hillary Clinton lost in a landslide. The entire country was fairly represented.

Sadly, Madame "Big House" Clinton and her drones won't accept defeat. Worse, the media and half the country got it all wrong about her.

Strong support in rural areas of the country dominated the votes for President Trump while Clinton got it from cities mostly in the coastal elite regions of the country...and New England. 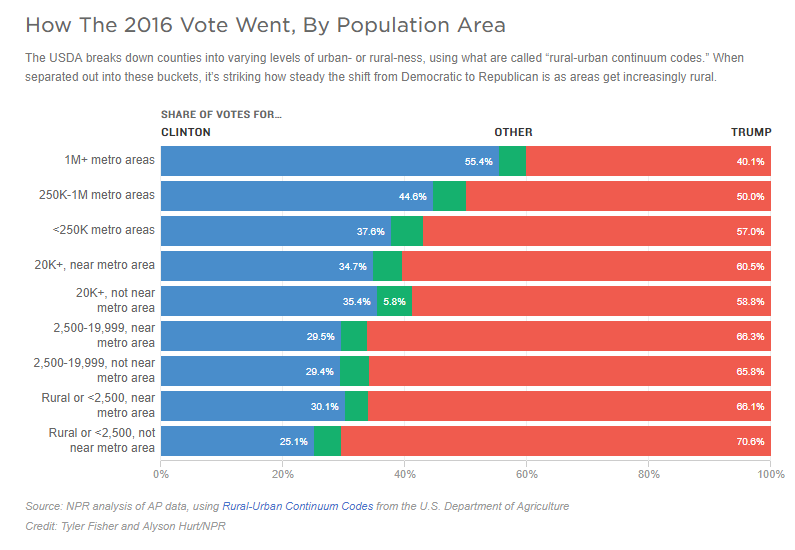 Two Questions for All Minorities to Answer

Why are the Democrats prioritizing illegal immigration and protecting their rights over you? Haven't you had enough playing second fiddle?

After decades of mismanagement by the Democrats in major cities, the standard of living for the poor and the homeless are despicable. The Democrats lavishly blow millions of dollars in foreign humanitarian aid but ignore their own constituents. 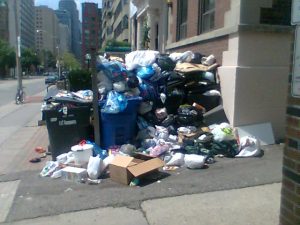 Recruiting a poop squad in San Francisco to clean messes is not a solution. It is a serious health and wellness problem.  San Francisco is dirty and not safe.

Our mainstream media eagerly gobbles it up. On a tangent, this is the problem with the American media today - they are spewing b.s.

The Democrats, Republicans, the Hollywood elite, and mainstream media have lost their common sense. They are corrupt, morally inept, and practice narcissistic behavior. We are paying in the tens of billions of dollars as taxpayers for their stupid antics. They also turned out to be poor losers (crybabies).

We "Lost Generations of Opportunity"

Trumpsters appeared because we lost precious time in our lives. They kowtow to us before every election but never deliver on their promises to improve the nation, our communities, and our lives. We are no longer an example for the world to follow. 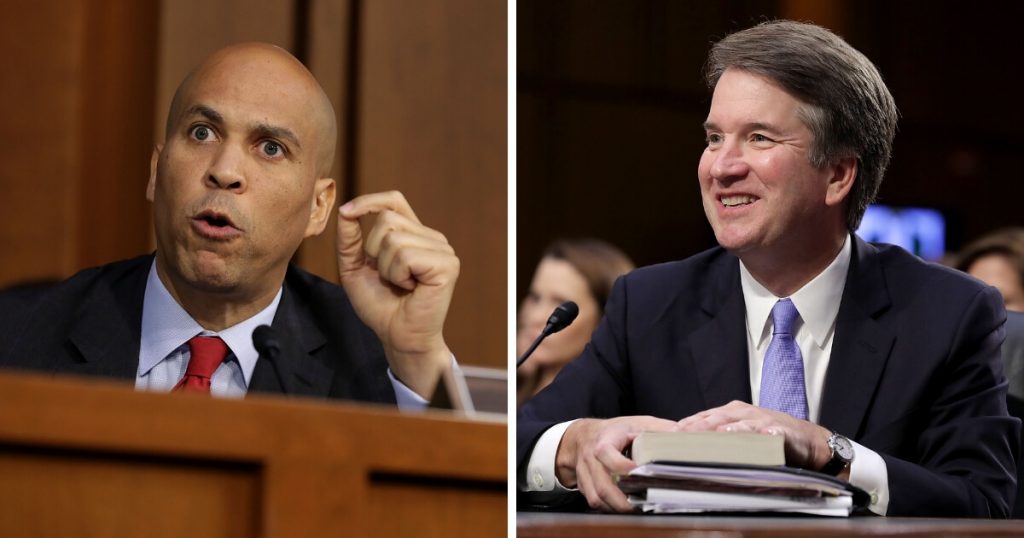 Intolerance against President Trump is literally a strike against the Deplorables who voted for POTUS. They have shamelessly assaulted and attacked Pro-Trump supporters, sponsored violence at rallies, and caused mayhem on the streets. Like Spartacus, they incited acrimonious hearings over well-qualified Judge Brett Kavanaugh to the Supreme Court.

The reality is that Trump's core supporters are not going away, much less defecting to another party or politician. From the earliest days of his campaign, Trump backers' fierce loyalty has never been in serious doubt. It is a simple and remarkably durable fact of our current politics, and yet, so many people seem unable to countenance it.

We are Proud to be called "Deplorables"

Our glorious adventure begins with a story is about the life of a Trumpster.

We are proud to be called "Deplorables," a decadent term bestowed upon us by the corrupt and unethical Madame "Big House" Clinton. Fortunately, we are not the true heirs of decadence oozing from the swamp creatures. 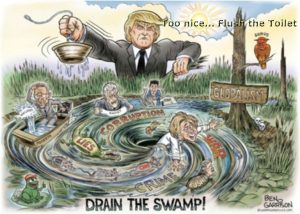 There is a night and day difference between Trumpsters and socialist/progressive (whatever climate change term they are using nowadays) dimwits.

On the streets, wearing a Trump hat (cover in military chat) gets a  Trumpster assaulted in Hollywood, "Sh*thole" California or New York, "Gotham" City. 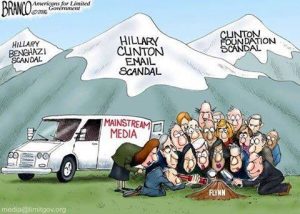 Fox News, Breitbart, Alex Jones at Infowars, Dr. Michael Savage, a few brave politicians like Jordan, Nunes, Gaetz, a few courageous leaders like Steve Bannon, Sara Carter, Tom Fitton, Joe Digenova, and Ms. Victoria Ann Toensing can't come to the rescue and save each one of us from evil-doers.

Luckily, we have a greater collection of powerful and brilliant intellectual minds; not necessarily passionate Trump supporters, but extremely fair-minded leaders like Dr. Victor Davis Hanson and Mr. Alan Dershowitz. Thank you!

President Trump can't save each one of us even though he freed Josh from Venezuela and many others. He is pardoning "Citizens of America" who are handled unfairly.

There will always  be "fifty shades of gray." Nuances exist in our real lives. It overrules over any unwavering philosophies. Nevertheless, if Americans want to shift the dynamics, change the Constitution. Otherwise, stop breaking the law and conducting illegal activities.

It involves more than just the basic "yes or no" solutions that the egomaniacs from Hollywood spew out every day. It's not about black or white. It's not about what is right and wrong that racists decry every day. 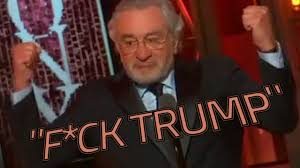 Against the world, Trumpsters must jump into the trenches and fight back. We must stand together and repel unwarranted attacks by violent thugs. The drones who are calling us Nazis. They dream-up ridiculous racial epithets about us on their knees before bedtime every night.

Our battle is not a fist fight. It's about who wins the "Game of Smarts," a conflict between morons and those of us seeking love and peace through strength and moral fortitude.

All Hail to the Almighty Lord Trump, Master of the Universe!

Today, we have a rare opportunity to change the course of human evolutionary development in the known universe. We can no longer tolerate the ridiculous antics of "lunatic politics." We must exterminate the deep-state world order that has controlled our lives for centuries.

So far, Trumpsters are moving at a pace that the world has never seen before. Smart countries are paying attention because their citizens are watching closely. They are demanding their own nationalistic transformations.

Trumpsters are making the world a better and very cozy place to live. 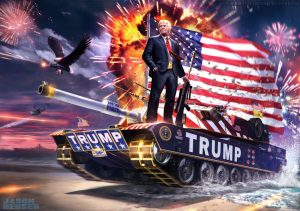 Lead Us to Victory Lord Trump!

While every American should make important decisions like education, work, relationships, and death, a set of core principles exist that we cannot shake off - like how much we should respect God, family, friends, and perfect strangers. Americans work hard every day in every way but we should encourage the nation to do better by looking beyond ourselves. We can do better!

We want People to Succeed

We want to do whatever it takes to provide great jobs, revitalize the inner cities, improve education and make our rural communities prosper. City and local governments have to do better. We should elect qualified representatives and hold them accountable.

As stated, Trumpsters seek love and peace through strength and moral fortitude. We want the world to live in joyful harmony but it is going to require a lot more effort by those who want it bad enough.

We believe that President Trump seeks a smarter world, a stronger world, and a safer world. Together, we will make our world great! 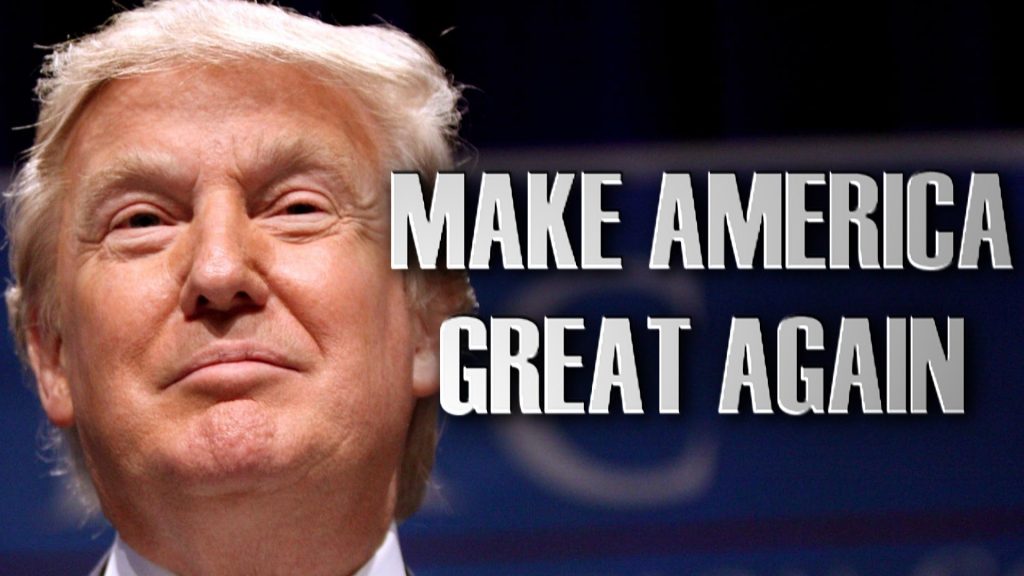 Buy all your Trumpster gear at the official Trumpster Store. 100% of all proceeds go directly into the pockets of President Trump. Click right here get started today! 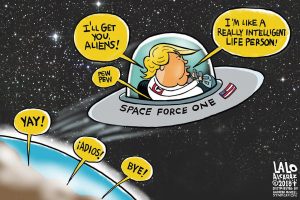 It is an abomination when mainstream media broadcasts news and editorials against POTUS 90 - 95% of the time.

Join us in our quest to avenge the Democratic Party!

They got brainwashed due to countless nights of watching Comedy Central, spellbound by mindless but magically delicious Saturday Night Live. Their emotions were ingratiated by CNN. They were deluged by fake news outlets like MSNBC and reading the diabolical New York Times and dilapidated Washington Post. In desperation, they succumbed to the entertainment section of the Huffington Post to read more garbage.

This blog is serious but delivered at times to be playful. We are a peaceful group. We do not condone or promote any form of violence.

Queen Melania and Her Court 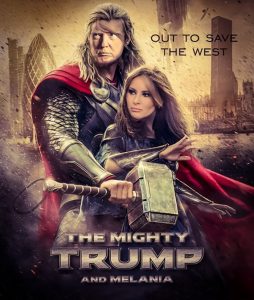 No fear! First Lady Melania Trump shall never leave his side.

In fact, she is inside the tank blasting away while Lord Trump draws his sword and tweets his next move - and enjoys the ride of his life.

Princess Ivanka and Knights Don, Jr. Eric, and Sir Barron are forging their own paths so that the Trump Dynasty rules for a thousand years!

The founders of Trumpster celebrated the greatest political win in the history of the United States of America in November 2015. It was a magnificent victory for the election of President Donald J. Trump.

Trumpster writes editorials and aggregates the news. We accept editorial content from internal and external sources.

We are involved in a wide variety of exciting activities. 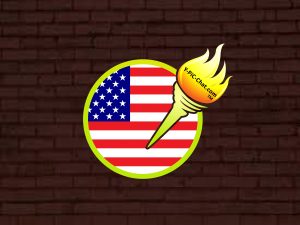 We are not organized to operate Trumpster as a daily business.

Trumpster was organized to attract like-minded people in a constructive, but action-oriented environment.

Trumpster is an amateur website. All of our projects, blogs and websites are subject to revisions and improvements as time permits.

Our primary purpose is to disseminate the flow of information. Help us spread the word about the global freedom movement. Let's do this together.

Your membership co-sponsors coverage of global events that popular news outlets do not adequately cover.

Our activities include amateur news reporting, production or sponsorship of mini-documentaries to highlight controversial political, economic and social issues that are distorted by mainstream media.

Our activities include showing up to participate at Pro-Trump Rallies and related activities, building alliances, improving our lives and promoting healthy lifestyles.

Trumpster does not directly solicit contributions nor directly contribute to any political entity. It is accomplished entirely by third parties. Discretion advised.

Buy all your Trumpster gear at the official Trumpster Store.
100% of all proceeds go directly into the pockets of President Trump. 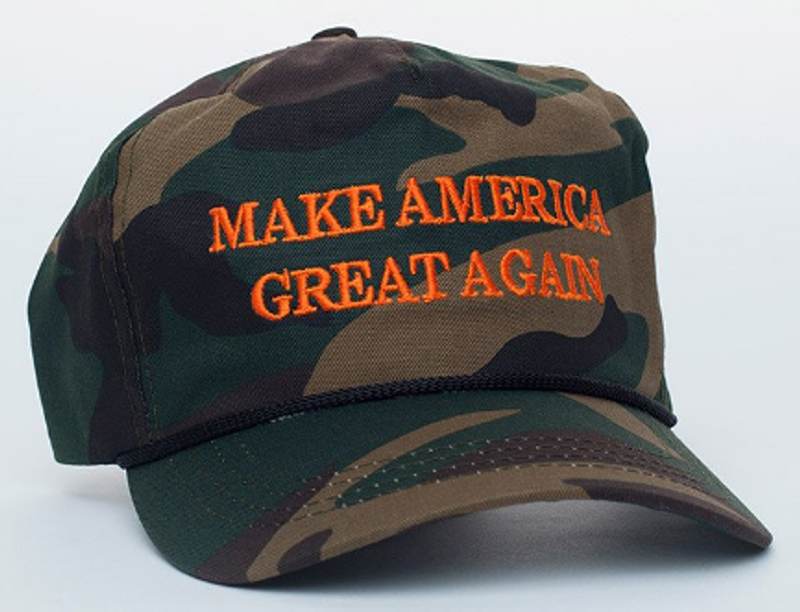 What is your
"Sphere of Engagement?"

Say howdy! There is no good excuse for hiding like a hermit. Get online. Connect and meet your new pals. Hang out with us!

If you have no friends,
find them here.

As we grow, let's meet in public venues. Have "fun in the sun" with us.

Hang out with like-minded people who share common values.

Like-minded people from all over the world are welcomed to join us.

It's completely up to you.

Who is America's greatest President, besides Abe Lincoln and Ronald Reagan?

Madame "Big House" Clinton. Does she go to prison?

President Donald J. Trump is going to MAGA and create a beautiful world. 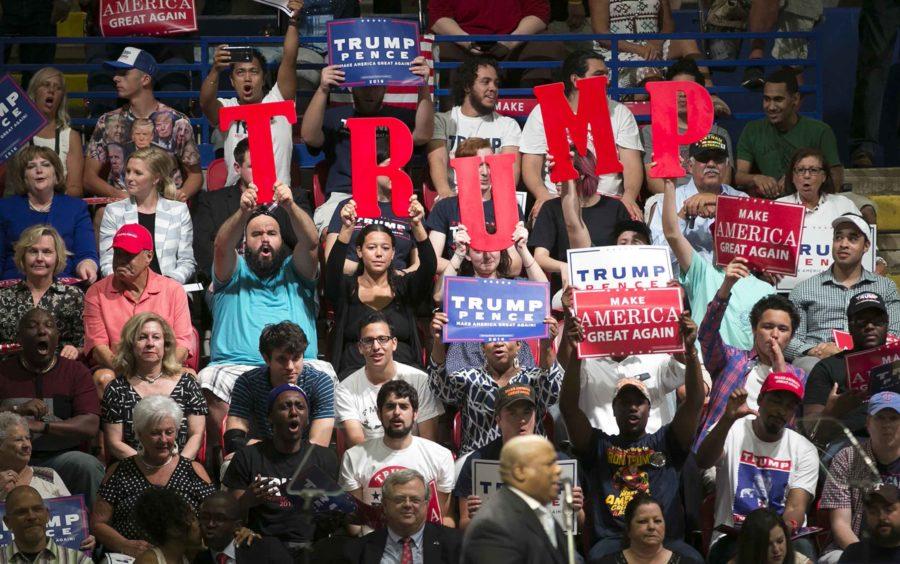 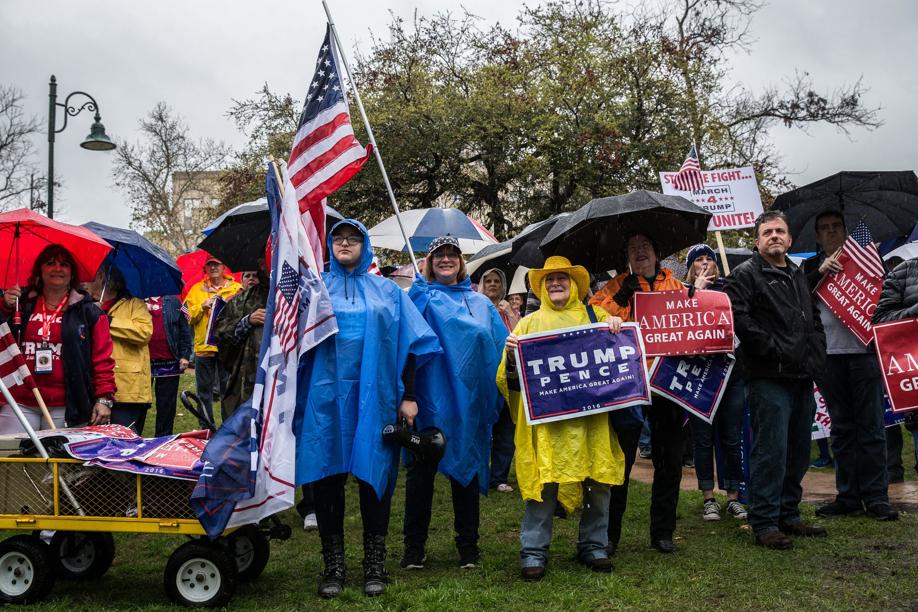 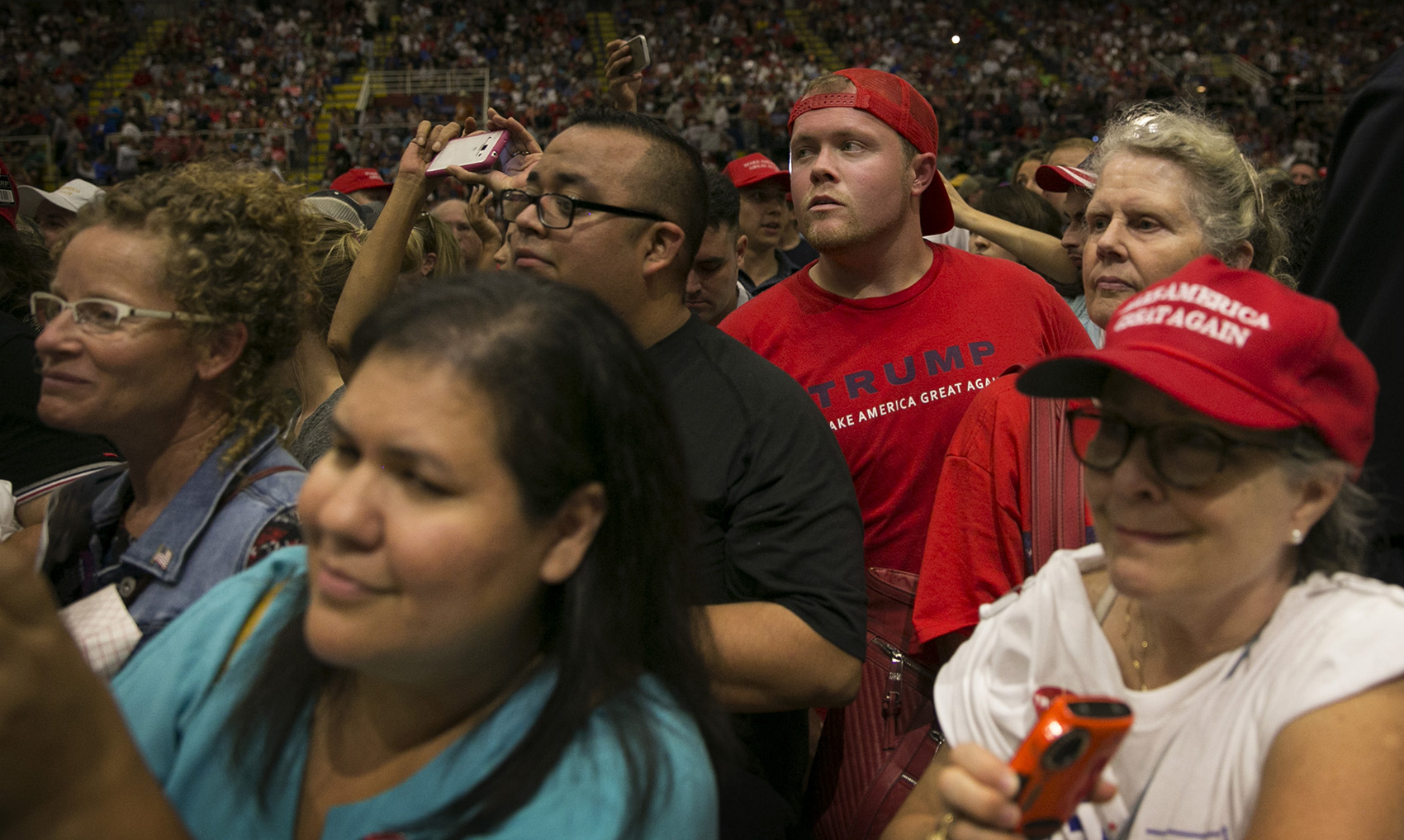 Trump Supporters come in all shapes, colors and sizes. 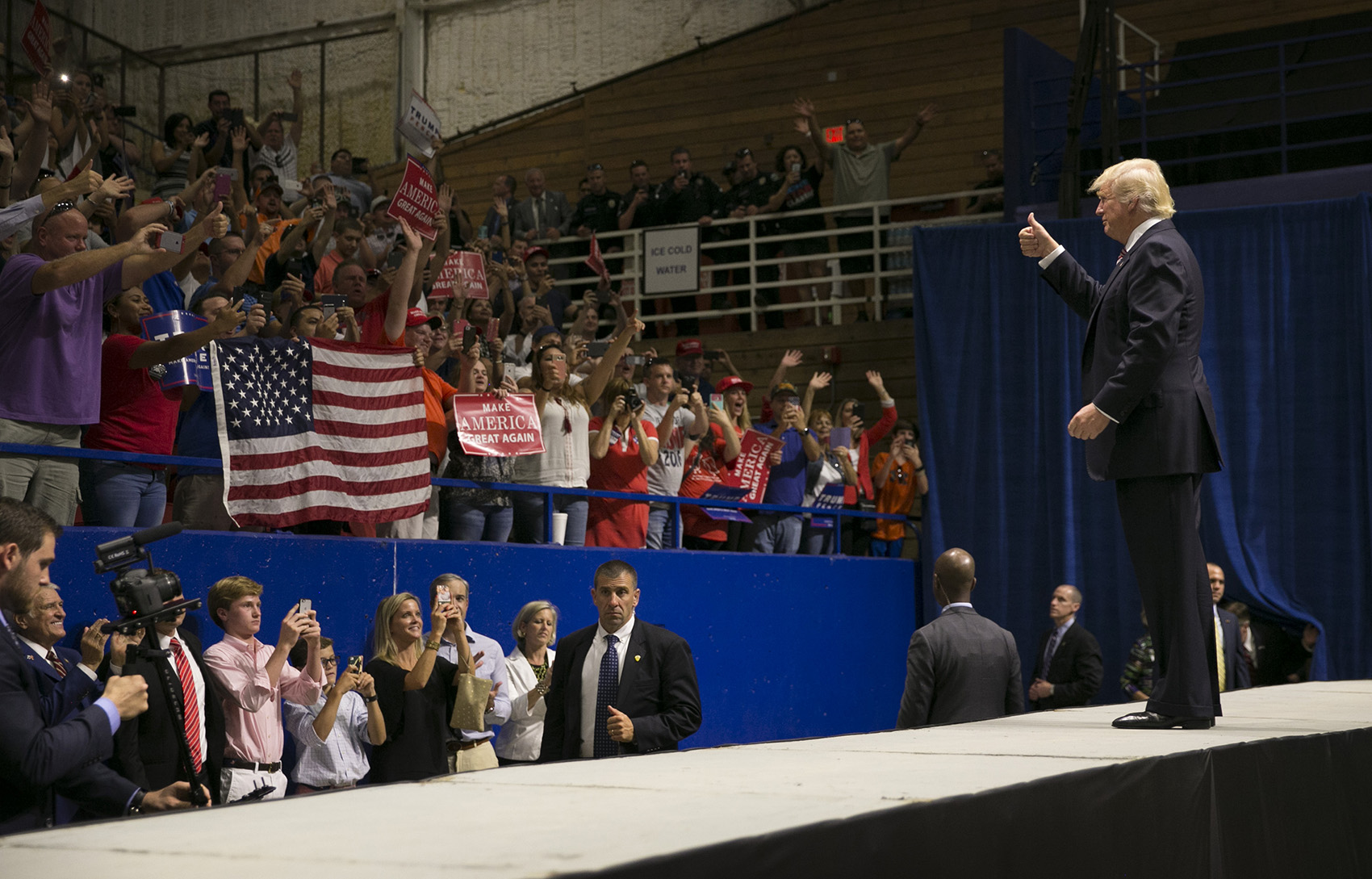 All Thumbs UP Mr. President. 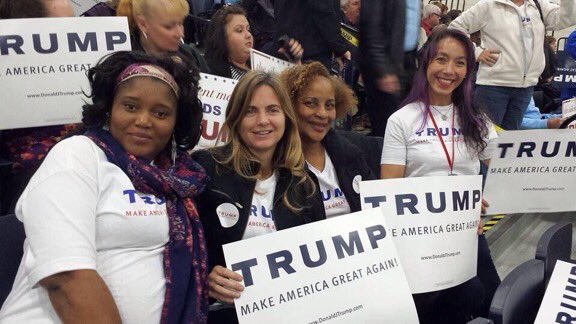 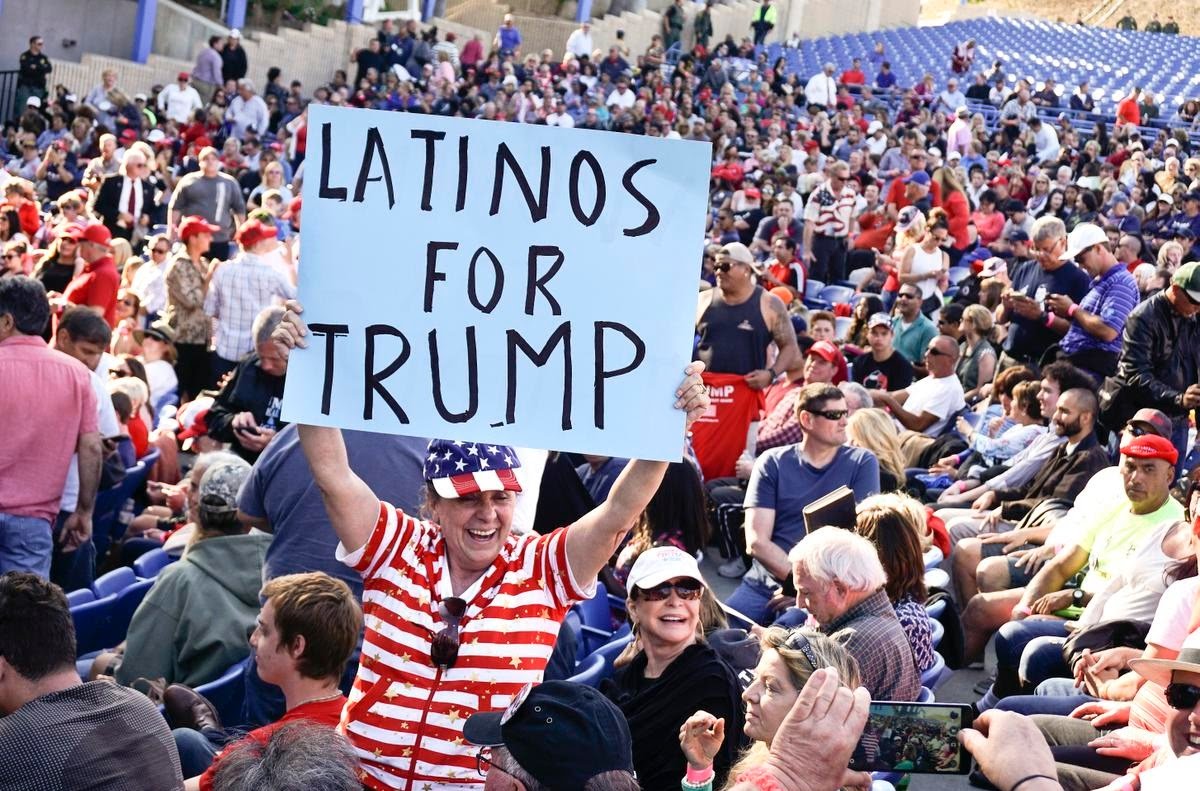 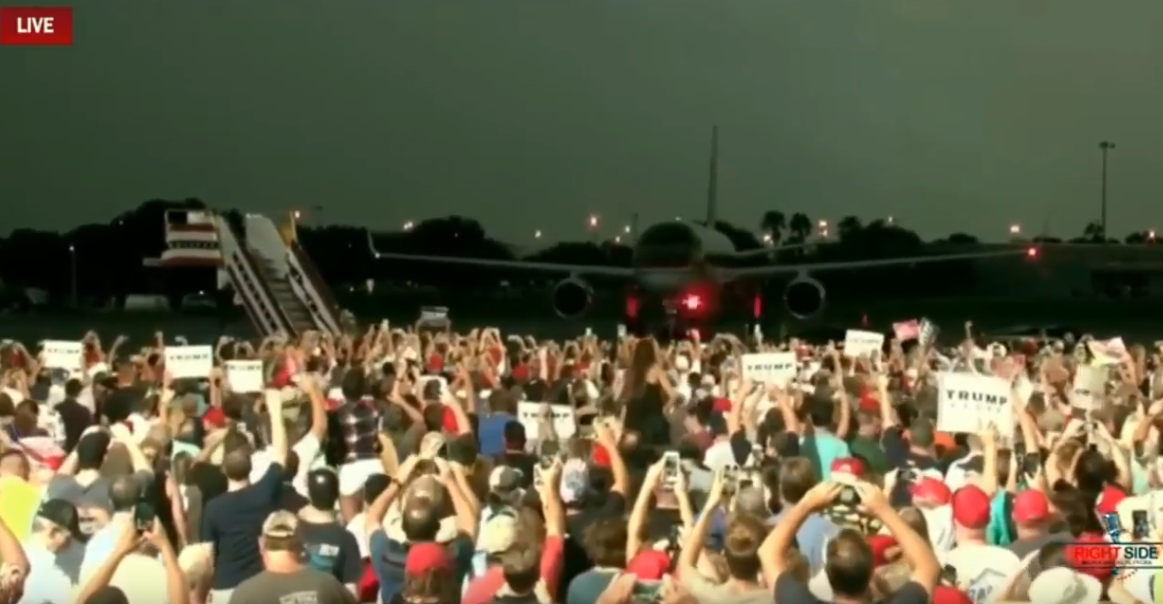 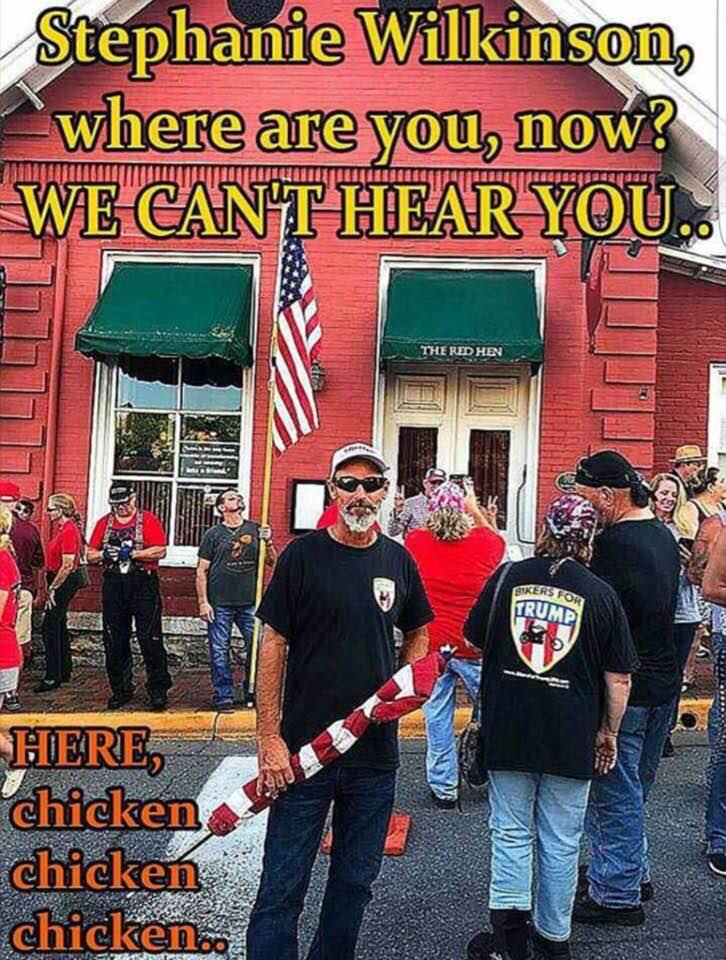 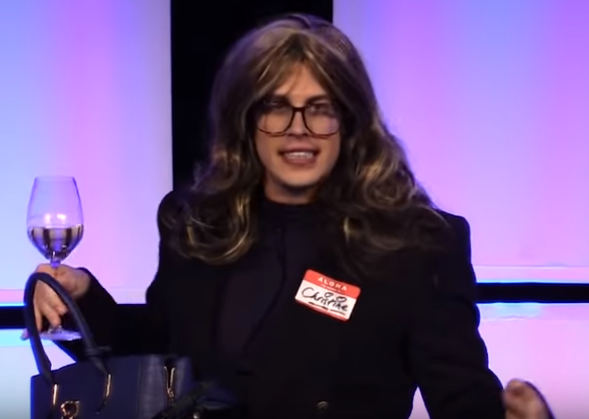